This is not a walkthrough and i don't even know if i can call this a guide or not. I just want to share what i know so far for this game. Of course because i enjoy this game so much. It is by far the best rogue like hack n slash (or whatever you call them) that i ever play. Anyway... Here we go...

[Critical Atk] They work very well here. Even Common Lv6 Aiming Lens can give you around 20-25% crit chance which is already high enough, but you need to combine it with Spiral Barrel to gain more than 300% crit dmg. When you have them equipped, make sure to upgrade them first. NB: Crit doesn't work on Flamethrower and Plasma Field;

[ATK Module] This one is also a must to have in your chipset. This will increase all of your weapon damage much higher than upgrading each one of them. Prioritize this first when upgrading chipset. NB: ATK Module doesn't increase your turret damage;

[Shotgun] It doesn't do much until you advance it to Unique tier. But if you're lucky enough to get it to Unique tier then... GG... I mean it... NB: Crit and lifesteal build surely works very well with Shotgun;

[Standard Gun] There is not much i can say about this one. Just make sure to keep leveling them up since this is your basic weapon. NB: Most people doesn't know that you don't need to equip it to use it. Though you can't upgrade it when you don't equip it;

[Sniper Rifle] When you advance it to Rare, you can have a chance to do Headshot (One Shot, One Kill) to non-boss enemy. It has a very high damage which is pretty good for boss-killing. With critical build you can do more than 1000 damage with it;

[Rifle] Don't use them, don't even try, seriously... Unless the dev plan to buff the damage then just save their spare chipset for the Blast Furnace. NB: I'm not joking;

[Tesla Coil] 1/2 of the Sniper damage but for multiple enemies. Don't use it if you have not advance it to Magic tier yet. NB: Tesla Coil usually targets unreachable enemies which contradicts its description that says "Electrocutes nearby enemies...";

[Multigun] Just like the Rifle, it's a meme weapon. Shotgun is much much much better;

[Satellite Bombardment] Good AoE with high damage, but sadly so random you can barely feel its damage because most of the time they missed;

[Rocket Punch] Act as a good rocket launcher. Fair damage and has halved AoE damage. NB: It is comparable to High-Explosive Mine and Rocket Turret in terms of DPS, but of course they behave differently and works better than others in certain stage;

[Flamethrower] When you unlock it, just equip it and never let go of it. It is a very good weapon with high DPS and has good close-range AoE. NB: Think of it as your early game Shotgun that DOES NOT DO CRITICAL DAMAGE;

[Spiky Discus] Not that useful. Low damage and give you challenge just to hit the enemy with it. NB: It can be effective when many melee enemies are chasing you. Also, unlike flamethrower the Spiky Discus can lifesteal. So it's good for survival in chase condition;

[Ice Punch] If you want more damage just go with Rocket Punch. If you want to slow the enemies then go with Ice Turret. NB: You don't want to see a flying punch that circles around the enemies and then later hit the back row when its actually the front row enemies that is trying to eat you;

[Laser Eye] Has good dps and is a boss-killing machine. NB: Don't forget to build crits and bring ATK module as its base damage is pretty low;

[Plasma Field] Comparable to Flamethrower that damage enemies around you but with lower DPS and a cooldown. Though it is still as effective as Flamethrower. NB: Don't use both, one of them is enough. They both can't critical;

[Sonic Boom] Fair damage with good AoE but very slow you won't even feel its effect on later stage enemies;

[Turrets] Gun Turret, Rocket Turret, Beam Turret, Healing Turret, and Ice Turret. The sad things about them is nothing can increase their ATK except by upgrading your Turret ATK stats (which is so random to get) or by getting a certain artifact (also random). But the good things are more than 1 can be deployed, they can lifesteal and they can do CRITICAL! The Gun Turret act as a good single target damage dealer, Rocket Turret for area, Ice Turret to chill the hasty enemies, Healing Turret for AoE healing, Beam Turret act as a deadly mine. Just circles around the enemies and they will be gone soon enough. NB: Turret Build needs you to really focus on it. Bring Turret Module, Aiming Lens, and Spiral Barrel for more damages. Then Gun Turret, Rocket Turret, and Beam Turret. For sustainability, bring either Healing Turret for AoE heal or Energy Jumper Cables for lifesteal (You won't need both in most cases). Don't forget to bring either Polymer Armor or Big Battery (Or both but again.. You may not need both). You may bring Ice Turret if needed. The rest is up to you (You may also bring Turret Buffer Drone for better turret duration);

[Mines] They can critical, lifesteal, and affected by ATK Module. Good for kiting the enemies. High-Explosive Mine deals fair damage with good AoE, Biochemical Mine stagger the enemies with its DPS, and Black Hole Mine stop the enemies in its place. You can also bring Mine Maker Drone to double the mine. NB: Unlike turrets, you can mix your build with mines because it is affected by your ATK Module and your main stats;

[Defensive/Supportive Chipset] Polymer Armor, Big Battery, and Vibrating Module. Just use one of them that you level the most. IMO Polymer Armor is way safer when you can advance it to Unique or Epic. But with advanced Vibrating Module you may be able to avoid high damage atk from enemy (Around 33% evasion rate on 1st upgrade with Epic tier). As for Big Battery... Having around 150% or more Max HP doesn't really make you tougher from the oil-thirsty bosses in the later stage. Instead, Invincible Shield will do that job for you IF you manage to survive the bosses attack for the shield's cooldown time. Medi-Kit Module kinda sucks... I prefer lifesteal build;

That's all i guess.. Good luck and have fun with the game! 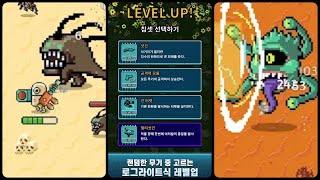 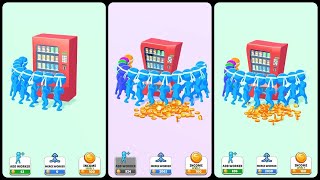 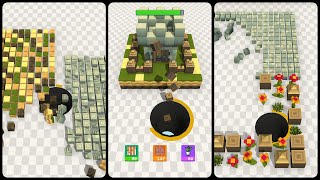 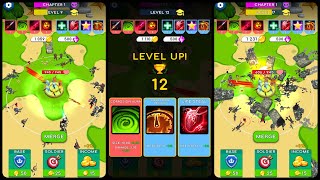 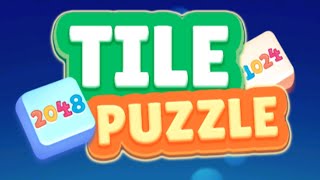 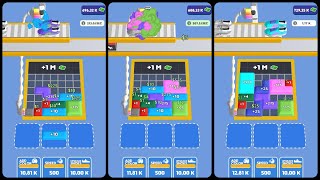 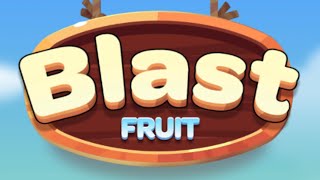