While the main battle mechanic seems relatively straightforward at first, it can be confusing for new players to remember all of the little rules that go into play when deciding your battle order. Here's a summarized run down to help you remember.

First off, you should activate any skills you want to use. These skills grant your servants temporary buffs that help you win the battle, but they often have long cooldowns. Early on it's usually best to use these right off the bat as the beginning enemies go down pretty quickly.

Secondly, check your critical stars and see which cards they've applied to the most. Picking the cards with the most stars will give you the greatest chance of landing critical hits.

Thirdly, remember that the first card you pick in the battle order will buff the other two cards in some way. Buster cards will increase your overall damage, Arts cards will fill up the (N)oble (P)hantasm gauge more, and Quick cards will increase the amount of critical stars dropped by enemies. All of these effects stack with more of the same type of card.

Finally, see if you can build a chain attack. Picking three cards of the same servant starts a Brave Chain which allows them to attack a fourth time for big damage. Picking three cards of the same color type will result in a chain of that color's bonus, amplifying its effect. For example three Buster cards results in a Buster Chain greatly increases your attack power.

Each servant and enemy belongs to a certain "Tendency," or this game's version of classes. There are two triangles that give certain Tendencies an advantage over others. The first triangle consists of: Saber -> Lancer -> Archer. This loops back so that Archers beat Sabers.

The second triangle consists of Rider -> Caster -> Assassin. This one loops too so Assassins beat Riders.

There are two other classes that exist outside of the two triangles and have their own special attributes. The Shielder Tendency is a class focused on defensive abilities and they do not gain advantage or have weaknesses to other Tendencies. The Berserker Tendency is focused on unchained offensive power, which means they get advantage over every other Tendency... but in turn, they are also weak to every single one of them as well!

Before jumping into a quest, you can see what the Tendency of the monsters will be. You can see the icon on the right side of the quest bar. Change up your team if you're having trouble with a certain quest.

You can enhance your servants by fusing them with certain materials. This is especially important in this game because unlike many other hero based RPGs, your servants will not gain experience through fighting battles; they must be enhanced with the proper cards. You'll need a variety of enhancement cards if you want to level up your servants, level up their skills, and evolve them. To level up their Noble Phantasm, you'll need a copy of the servant.

Make sure you outfit your servants with Craft Essences in addition to the regular upgrades. Craft Essences are essentially gear, and each servant can have one equipped. Bear in mind that Craft Essences have their own party points, so you can't equip too many of them if you're already near your party point cap.

There's a ton of battle techniques that you have to remember in order to be as effective as you can in battle. One of the most important is to keep an eye on the critical stars for your cards. The more of them that you use at a time, the more chances that you have of a critical hit, which can do far more damage to the enemies.

However, it can be an even bigger damage boost to make a chain. To make a chain, use three cards of the same color. Also, the first card that you pick is the most important card, because the color of it will change the type of effect that it has. Red will increase the attack power of all cards. Green will increase the amount of critical stars that you pick up. Blue will fill up the Noble Phantasm gauge faster.

You have a TON of missions to complete in this game, and you can complete them in almost any order that you want to. Complete the master missions first, because they are the ones most likely to give you premium rewards. If you finish or if they are too tough, go for the daily quests since they are time-limited. After that, hit up the standard sets of quests.

In this game, your cards don't gain levels when you battle; instead, you have to power them up with other cards. Use your more common, one-star cards to level up your rarer, 3-5 star cards. If you get a duplicate of a card, you can fuse the two of them together in order to upgrade the Noble Phantasm of the gaining card.

Use the law of tendencies to get an even bigger advantage in battle. Sabers beat lancers, lancers beat archers, and archers beat sabers. In addition, riders beat casters, casters beat assassins, and assassins beat riders. Getting a double advantage against a specific enemy will make for a VERY powerful attack.

You are given a specific hero for clearing certain chapters in the story mode. 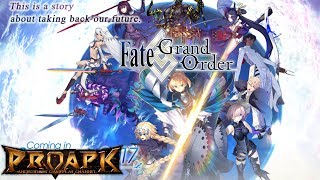 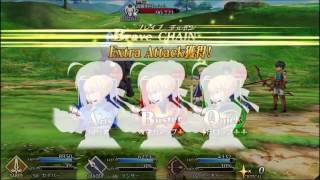 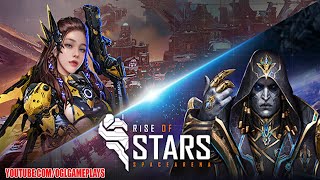 Rise Of Stars, (AND) 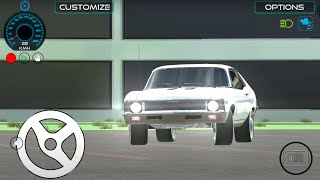 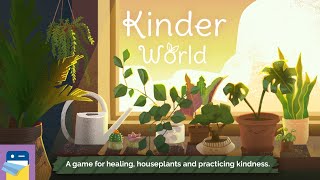 A Kinder World, (AND) 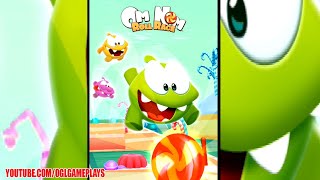 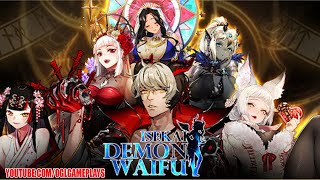