Fist Of The North Star Cheats for Android

This page contains Cheats for Fist Of The North Star organized by sections for Android. This game has "Action" as genre, made by Sega Corporation, released on Sep 5, 2019. If you can't find a hint or secret in our list, then please check this page periodically for the latest updates.

Ken-oh : This is the absolute best hero in the game, in my opinion. It has some killer moves and amazing starting stats and an absolute beast to have in the front row. Toki : An amazing hero with great starting stats, but with even better skills: his 4-star passive is great as it reduces defense of »»

Mamiya : I have to admit that I really like Mamiya - probably for her Chi reduction and not just her looks. She doesn't deal a ton of damage, that is true, but she decreases damage reduction of enemies, deals damage to all opponents with her Secret Skill... she's really good and I had great results »»

From: Wagcrally
A Tier Fighters

Fox : Not the best character for all situations and difficult to play - that is true, but there are definitely worse options than this guy (better, too!). What I like the most about him is the chance he has to revive after being defeated and this can be a game changer in tough battles. But again, th »»

From: Haggriepe
B Tier Fighters

Mad Sarge : With Colonel ranking so high, it might come as a surprise to see the Mad Sarge here. But, there he is, mostly useless. Amiba : There's so much randomness in Amiba's skills that you can't really bring him into a battle that you want to plan out at least a bit. Rin : The healer of the game »»

From: Mitch60
Unlock those characters!

Your main goal is to unlock as many characters as possible, in order to have access to the best of the best to create your ideal team. Although you will generally have to pay in order to get pulls for characters, the game rewards you with a ton of free pulls early on if you are just active and colle »»

From: Cool dude
How to win your battles

Since winning battle is what matters the most in the game, in the end, I'm going to jump straight tho this with some advice before moving to other things. But do read the other bits of advice, as some will still be related to this very generic "how to win fights" topic. First of all, alway »»

From: Nikita_f
Optimize attacks for the final wave

This is also part of the generic "how to win battles", but I felt that it needed a chapter of its own. An important bit of strategy that can take you a long way is doing a bit of planning with your order of attacks. We're going beyond simply keeping your best fighter to attack last and ins »»

From: Scorpion3678
Know your fighters well

From: CaptainWinters
Grind for rewards depending on the items you need

Put your energy to good use early on, either for getting items you need to upgrade your main fighters or for getting shards to Star them up. The Clash missions will give you options for more important items or shards, while the main story missions will have less impressive rewards - but in the end, »»

From: Help2theppls
Collect your story chests

Whenever you complete a chapter (be it in the main story or in Clash) by getting three stars in all stages, you will unlock a special reward - a chest with precious items inside it. But the game automatically takes you to the next Chapter once you complete one - make sure you just come back and actu »»

From: Hzcom001
You can skip arena battles

When fighting in the Arena, you can actually skip those battles and quickly grab that victory and save yourself some time. In order to skip an Arena battle, you do have to actually start the fight, but once there, simply tap the "Skip" button to the left and you get the result instantly. »»

You can add 100 friends in FotNS: Legends Revive and I recommend you to max them out and constantly remove inactive ones, adding people who are active. You don't actually need to have real life friends playing the game: you can simply add random people recommended by the game itself, from the main m »»

From: Ghost
Join an active guild

Eing part of a guild in Fist of the North Star: Legends Revive is extremely important and as soon as you join it's almost like starting a brand new game. There's ton of rewards for you to win there and even though a bit time consuming, all those options that you have in the game should be completed »»

From: Ganae
Keep an eye on all the shops for character shards

There are different types of shops available in Fist of the North Star: Legends Revive - places where you can spend currency earned in various ways to get character shards, items you need and much more. Keep an eye on those shops (especially the Black Market which randomly opens as you perform actio »»

From: Curtis12
Don't forget to check your items

When you complete battles and especially certain events or reach specific milestones, you earn all sort of items as a reward. I rarely tap on all of them to see what they do, so imagine my surprise when I stumbled upon the "Items" button in the main menu. There are all sort of consumables »»

From: Demologik
Keep your main Fighters in top shape

When it comes to your fighters, there are so many things that you can upgrade that it's easy to forget about them or simply ignore them. But you should never do that if you want to have the strongest team available at all times. Apart from the obvious thing like always keeping your top fighters to t »»

From: Ultimit
Complete the daily missions

I started experimenting with playing the game like this: I tap the "Missions" button and from there I select all the daily missions and complete them one after the other. I do the faster ones first (like completing a set amount of story or clash missions) and then move on to the more time »»

From: Leilei
Rule the Colosseum

The Dojo is where you pit your team against other players for massive rewards and personal glory. Always use at least all the 5 daily attempts there and beat as many opponents as possible. But even if you end up at the top of the ranks (hint: use the free refreshes as you might find weaker players!) »»

From: Xrockstar65
Don't forget about the Challenges

The most fun challenge in the game is, in my opinion, the Trial of Nanto, a place where you pit your entire roster of fighters against increasingly difficult enemies, but also have to strategize a lot. Since each new floor you get to will not reset the damage (or Chi accumulation) of your heroes, th »»

As game developers aren't necessary fans of this process, they usually make it pretty difficult for you to start over and reroll for better characters. In this game's case, it's really time consuming. You have two options: one is faster, but offers you fewer options and one gives you more than 10 dr »» 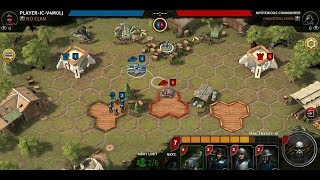 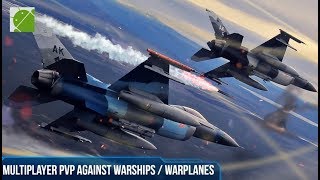 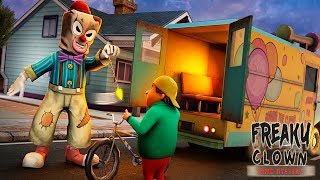