Remnant: From The Ashes Cheats for Playstation 4

This page contains Cheats for Remnant: From The Ashes organized by sections for Playstation 4. This game has "Action Shooter Third-Person" as genre, made by Gunfire Games, released on Aug 20, 2019. If you can't find a hint or secret in our list, then please check this page periodically for the latest updates.

Once you meet Mudtooth's just keep clicking on the dialog option to continue hearing his stories. Eventually he'll be done and will gift you the watch. He's in earth, if you can't find him, you have to reroll the campaign.

Successfully complete the story and defeat the final boss. Once the final boss is defeated, return to Ward 13 and activate the Red Stone. You will then have the option to increase the difficulty and Reroll at this location. Rerolling will reset the world and make it much more difficult. Elite enemies are much more likely to spawn, regular enemies will be more difficult, and Lumenite Crystals will drop more commonly. Lumenite Crystals are special rare items that you can use to craft/upgrade Boss weapons. Boss weapons are special weapons that drop from bosses, and can be acquired by defeating bosses using alternate methods. Lumenite Crystals can also upgrade your Dragon Heart charges. You can get an unlimited number of charges by replaying New Game+ and collecting Simulacrum and Lumenite Crystals.

To find the secret SMG weapon and Elder Knowledge trait, which gives a bonus to XP earned, find all the hidden areas around Ward 13. This can be done at the start of the game. After your first teleport, a keycard will appear on a nearby table. Grab it to access multiple rooms. Go down to Floor B2, and use the keycard to unlock the door. Grab the Tome Of Knowledge on the table. Go down the hallway. Use the Tape Recorder through the second door to get the Elder Knowledge trait. The Fuse is located through the third door. Go down to Floor B3, and use the fuse on the fusebox. Follow the hall, and unlock the door ahead with the keycard. Go left and reach the red door to find another Tome Of Knowledge. Shut off the fusebox, and return to the central hub room. The large fan will now be off. Jump through the fan and collect the Ward 13 Master Key. Go back to Floor B2, and take a right down the hallway. Proceed until you reach a red room —- take the stairs up to a locked door. Use the Master Key to unlock it and find the SMG inside.

Go to the first Sewers dungeon, one of the randomly-generated dungeons on Earth, located before the first boss. At the end of the dungeon, you may find a message written in white paint on one of the walls —- "Only the Penitent Man Shall Pass." This is a reference to the Indiana Jones And The Last Crusade movie. This is the first trial Indiana Jones must face in the Grail Temple at the end of the movie. To solve the trap, simply crouch to make an illusory wall disappear. Crawl under to find the rare "Leto's Amulet" item. Equip it to lower your Armor Encumbrance by 40% and Stamina Cost by 10%.

Reach Rhom and explore until you locate the Monolyth building. Check the walls behind the building entrance to find a series of 10 symbols —- there are five different symbols marked in chalk. This will be your solution to the randomly generated Monolyth puzzle. It is recommended to take a picture so you remember the solution. The first 9 symbols marked on the wall each match a direction. The 10th final symbol is the last spot you need to stand on. Enter the Monolyth and look on the stone in the center. This stone will show you which direction each symbol is pointing. Follow the directions and step on all 10 symbols. When the floor panels sink and you get all 10 panels correct, the trap will be disabled and the center stone will lower. Go down below and follow the path to a kiosk where you can purchase the Void armor for 500 (Helmet), 1,250 (Armor), and 750 (Boots). The Void armor is a special heavy armor set that gives you a damage buff every time you take damage. With all three pieces equipped, you will get a +12% damage buff for 13 seconds, and it can stack up to three times.

Singe: Alternate Method: Destroy the tail before defeating the boss.

Maul (The Pack): Alternate Method: Shoot the NPC in the head to cause the boss to also attack the NPC.

Claviger: Alternate Method: Wait to defeat the boss until it has absorbed the extra enemies during the phase were the arena is lifted up and spins.

Harrow: Alternate Method: Deal a quarter damage to the boss's legs within 50 seconds to stagger him. While he is staggered, interact with his back to pull a spear.

Undying King: Alternate Method: Before the fight, refuse to give him the Heart (or give the Heart to the Elf Queen), then fight the Undying King.

IXILLUS: Alternate Method: Kill both bosses at close to the same time -- so that one cannot enrage the other.

The Ravager: Alternate Method: Before the boss attacks, play the Lullaby. You can now interact with the boss before the fight.

Successfully complete the indicated task to unlock the corresponding trait. Traits level up and give your character greater bonuses. Almost all of them are useful, even into the end-game.

Level up a character without leaving base

You need 2 players to do this. Get a player you want to level up and have the other person start a new character. Once you do so do the basement puzzle it is not hard just alot of running back and forth. You will have unlimited knowledge books and scrap as long as you keep making a new character to level up the one you want to do.

Remnant: From The Ashes - Gameplay Video

Remnant: From The Ashes - Announcement Trailer 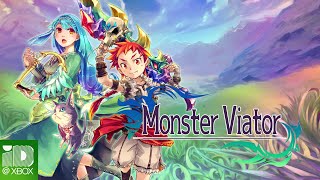 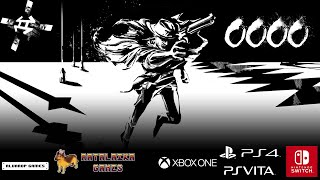