Press the accelerator button when "2" appears and hold it down for a rocket boost at the start of the race.

Get an unexpected boost!

Some tracks have wheel carts on their antigravity portions. bump into them, and you'll be encircled by a blue streak, then obtain a speed boost. You can also bump into players' karts and get the same boost, plus a spinout for the victim. So maybe it's okay to drive a little recklessly in antigravity.

Fire Hopping (or Bunny Hopping) is a trick you can use throughout a race. Using this trick can make you move faster than your opponents, but only in certain situations. To perform this trick, you must be:

In order to correctly execute the boost, you must rapidly drift into one direction and then drift in the other direction continuously until your boost wears out. This works well on straightaways, but can also be done when turning. Also, this is very effective when moving at an upwards slope. Level slopes work too, but fire/bunny hopping while moving at a downward slope will only cause your kart to decelerate. There are exceptions to fire hopping at such a slope, but there are very few. Some examples are the boost panels on the slope on Toad Harbor the boost panel facing on the anti-gravity slope on GBA Mario Circuit. Otherwise, doing this when moving downwards will hinder your performance.

Oh, and regarding the startup boost fire hopping technique, mentioned above, this only works on specific courses, as said above. Fire hopping at the start of a course is super effective on courses that start you facing upwards, for example, DS Tick Tock Clock. However, doing this on course that start you facing downwards, like Electrodrome, will only make your kart go slower than your opponents. Doing this on courses that start you off on a neutral slope will either make you accelerate, or have no effect on your speed. It depends on the course.

I hoped this helped you win some races on Mario Kart 8. This trick is really effective when used correctly.

Toad Harbor: Use trams as a speed boost

The trams in Toad Harbor usually knock you out when you drive into them by accident, however if you are flying after jumping from a ramp or booster you can actually use the roofs of the trams to your advantage. When in the air, try to land on a tram's roof, and you will bounce off it undamaged. For an extra helpful boost, perform a flip.

Collect the indicated number of coins to unlock body, glider, and wheel parts to customize your vehicles. You will unlock a new part for every 50 coins earned; after earning 1,000 coins, the intervals increase to 100 coins for each unlockable part. Coins can be earned in Grand Prix, VS mode, and online races.

Turbo Boost at Start of Race

To get a turbo boost at the start of a race, simply wait until the number 2 in the countdown appears, then hold A until the race begins. If done right, you will receive a turbo boost as soon as the race starts.

How to use LAN play

To use LAN play, on the opening screen where it says Press "L" and "R" to play, hold down "L" and "R". While holding "L" and "R", press down on the Left Stick. At this point you may let go of those three buttons. LAN play will now be an option instead of Wireless play.

Note: Each race takes about 2 minutes & 30 seconds so you can complete a cup about every 10 minutes. I hope you enjoy this and go get yourself that Gold Glider.

Choose the season on the Animal Crossing track

When starting a race on the Animal Crossing track while playing offline in any mode other than time trials, hold one of the four shoulder buttons (L for Spring, R for Summer, ZL for Fall, or ZR for Winter) to choose the season the track appears as.

Earn a Gold Trophy on every 150cc speed race and every Mirror Mode race.

Earn a Gold Trophy on all eight Grand Prix tracks.

Gather coins in Grand Prix, VS mode, and online races. In the beginning, each time your overall coins boosts by 50 you will unlock a new Glider part, Wheel part, or Body part. After getting 1,000 Coins, new parts will appear just after your complete coins boosts by 100.

First you need to have a Gold Trophy on any track in Grand Prix mode to unlock among the following characters at random. Note: Once a character has actually been unlocked on a certain track and CC class, you will not have the ability to unlock another new character from that exact same circumstance.

Through playing Grand Prix mode, you will earn coins. Collect enough to unlock a random kart/wheel/glider part. This will continue until all regular parts are unlocked.

Once having won gold trophies for all 150cc mirror and 200cc cups, alternate title screens will start to appear.

Use amiibo to get racing suits! 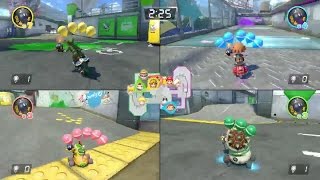 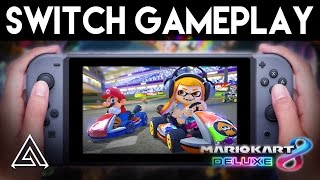 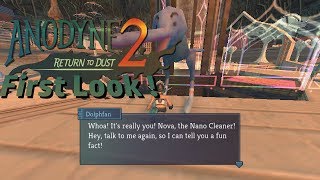 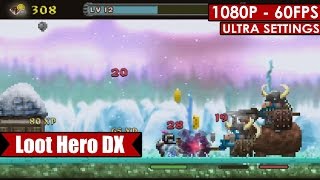 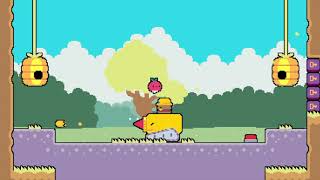 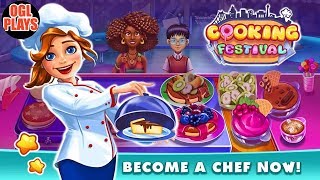 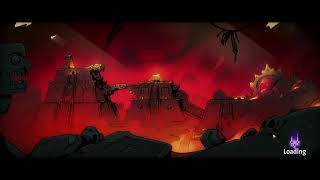 Curse Of The Dead Gods, (NS) 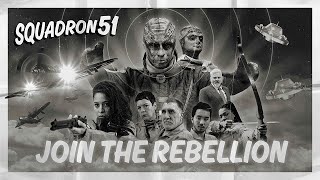